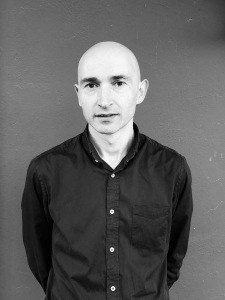 He has received important awards such as the first prize “Xavier Montsalvatge” in the “XX Premio Jóvenes Compositores Fundación Autor – CDMC” (Madrid), the first prize in the “VI International Jurgenson Competition for Young Composers” (Moscow), the ‘Special Prize’ and the ‘Audience Prize’ in the Isang Yun International Composition Prize 2013 (Seoul), the honour mention in the 36 edition of the  International Composition Contest ‘Valentino Bucchi-Parco della Musica’(Roma) or the second prize in the ‘8º Concurso Internacional de Composición da Póvoa de Varzim’ (Portugal).

His work arises from modernity and the new paradigm that it defines, in which the sound-music relationship is restated, something from which is derived an expansion of the media and instrumental techniques, new lines of work with the players and an idea of listening that aims to expand the perceptual experience.